You are here: home » deficit of diligence 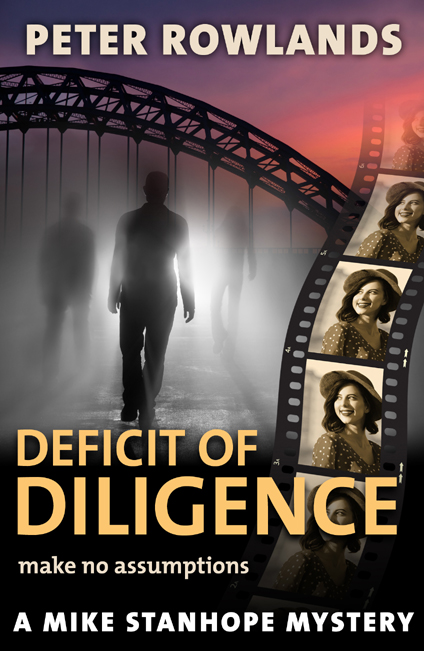 Having moved to Cornwall to be closer to his girlfriend, Mike is nudged out of his settled new lifestyle by an assignment in northern England. He willingly accepts because it could provide answers to a mysterious legacy he’s just learned about.

A combination of curiosity and carelessness quickly leads him into danger, and before he knows it his comfortable world is crumbling around him. His job is in peril and his relationship is in doubt, and it takes every ounce of his energy and tenacity to fight back.

The winning ingredients of the first book are here again – vivid characters, lively dialogue, complex but plausible plot, convincing business backdrop and well-realised locations. The outcome is as satisfying as it is surprising.

As Deficit of Diligence starts, Mike is six months into his new relationship with Ashley, the woman he met in Alternative Outcome, the first book in this series. He still can’t believe his good fortune, yet apparently he can’t stop himself putting it all at risk.

Mike’s problem is that he’s restless – attracted by the security of a steady job, but reluctant to drop his journlism for good. He takes on what seems a simple assignment – “Go north, keep an eye on the firm we’ve acquired, report back.” Just a blip in his new life. Yet soon he’s out of his depth, contending with commercial chicanery, a lapse in judgement, intimidation, a kidnapping, a beguiling woman and an elusive windfall.

The onslaught exposes some of the flaws in his character – but also gives him the opportunity to find strengths he never knew he had.