You are here: home » concrete ceiling 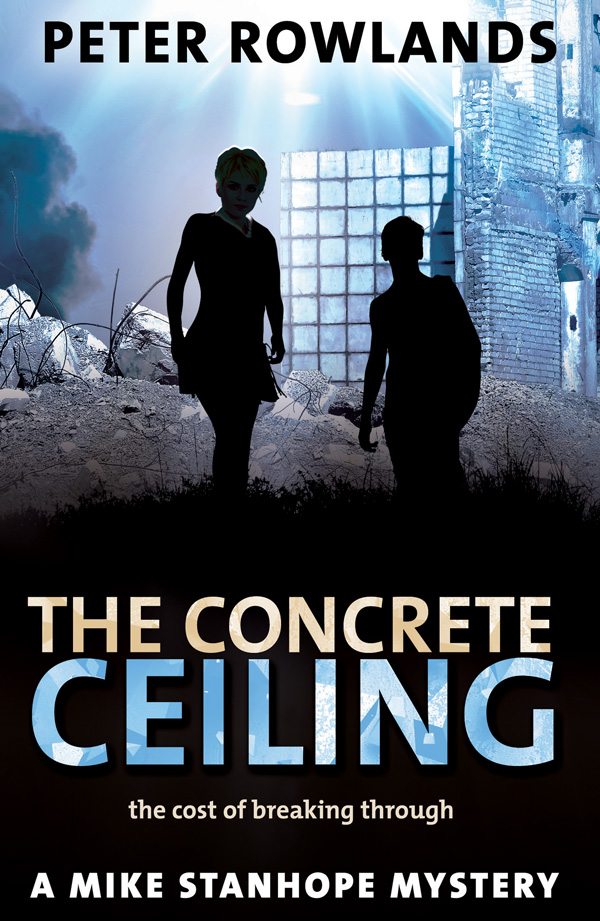 In The Concrete Ceiling, the fourth instalment in the Mike Stanhope Mysteries series, author Peter Rowlands outdoes himself on almost every count – pace, excitement, drama, menace, and sheer readability. You won’t be putting this one down in a hurry!

It’s the most tautly-structured and rounded work in the series so far. Journalist Mike revisits the self-published novel that played such a prominent role in the first episode. He hopes to give a nudge to its languishing sales – but instead, he sparks a sequence of increasingly alarming events that leads him inexorably back towards his starting point. But before he gets there he encounters a succession of surprises and shocks that you’ll never begin to guess at.

Mike’s efforts to resolve the conflicts in his love life lie at the heart of the mystery. Can he steer his relationships towards some sort of resolution? Ranging from London to Los Angeles and back, The Concrete Ceiling is as breathless as it is absorbing.

The trials and tribulations of the self-published author are exposed as never before in The Concrete Ceiling. To the average reader, it might seem enough for a writer to publish an appealing book. Sales and success will surely follow… won’t they?

Visibility and public profile, Mike has found, are elusive commodities, and achieving them usually depends on sheer hard work. His attempt to short-circuit that process soon proves to be a mistake of massive proportion, and as he struggles to understand what he’s confronting, we learn a lot more about the complexities that self-published authors have to navigate in order to get their work into the hands of readers.

And about what might happen when things go wrong.